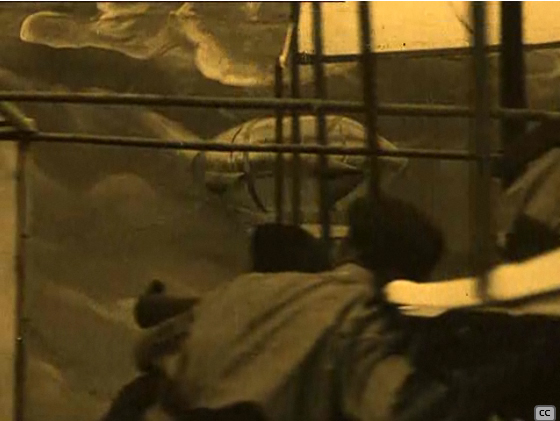 An airship returns to its squadron. Unaware of the looming danger, two young men dream of their future. One of them, a talented inventor, has perfected an astonishing flying machine, which he is about to try out. Suddenly, an invincible and inaccessible army of airships attacks with bombs and homing missiles.

The creativity of the special effects turns this short film into a real gem of science fiction cinema.

Knew he’d be all over that.