All the tributes paid Saturday, after his death at the age of eighty-two, took care to stress his modesty, and he certainly belongs to that chastening group of beings whose capacity for heroic action is outstripped only by their reluctance to make a big deal out of it, let alone a profit. But it would entirely wrong to cast him, on the grounds of his natural diffidence, as a hermit; he retreated to no grotto, but became a teacher—still the best way to find, and use, your public voice without being forced to raise it. Nothing is more typical of Armstrong, or more estimable, than his decision not to go into politics; heaven knows what the blandishments, or the invitations, must have been. That is not to deprecate the service rendered by, say, John Glenn, but simply to remind ourselves that political ambition, like our other passions, is in the end a low sublunary affair; and that Armstrong, by dint of being the first man to tread not upon terra firma but upon the gray dust of terra incognita, rose above the fray and stayed there.

Goodbye Neil Armstrong, dead at 82 – first man on the moon and a true pioneer. It was said in the obituaries that Armstrong never dreamt of the moon. Luckily, he had Ballard to do his dreaming for him.*

In ‘Neil Armstrong Remembers His Journey to the Moon’, a 1991 story for Interzone magazine (well, vignette, actually – it’s tiny, just three paragraphs), Ballard attempted, seemingly, to do just that. According to former Interzone editor David Pringle, who published the piece, ‘it seems to be narrated by Neil Armstrong, the 50,000-year man. Ballard never explained it, but I took it to be a transcription of a dream that he’d had. After all, he and Armstrong were of the same age cohort, born within about three months of each other in 1930. Both could remember their boyhoods during World War II. Both probably saw the same Hitchcock movies as they grew up.’

Here’s the vignette in full, complete with reference to Hitchcock’s Spellbound:

NEIL ARMSTRONG REMEMBERS HIS JOURNEY TO THE MOON
by J.G. Ballard (Interzone #53, November 1991)

I remember the white nightclub where we were asked to wait, for reasons that I never understood, and the ceiling that seemed to be carved from ice, but this was long after we came back from the Moon. Everyone sat around the white tables, the frost shining on their tuxedos, and clearly expected me to make a speech. But no-one from NASA was there, and I felt that I had nothing to tell them that they would want to hear. Luckily, the band struck up, and an old man in top hat and tails began a mime act. He went through a series of make-believe conjuring tricks that had the audience smiling, but I knew that these were really in-flight emergency drills and that there was nothing very funny about them.

Read the rest at Ballardian. 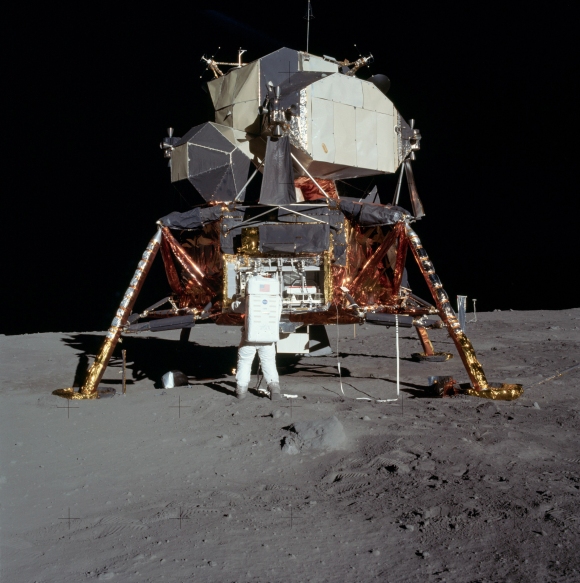