So, what are we to make of The Shining, this Stephen King narrative of exile and madness played out almost exclusively across one trinitarian family, supposedly turned by Kubrick into a dark history of the American continent? King’s original story does not share all of the film’s symbolic elements, but Kubrick’s version can very easily be accosted to one of the major Greek deities. I am referring to Artemis (also known by her Latin name, Diana), goddess of the hunt, of the wilderness and of wild animals, as well as the protector of little girls and the guardian of mothers during childbirth.

Artemis, in modern culture, is best known for her associations to the practice of hunting. There’s certainly an element of that in The Shining, as the story concerns a father tracking and hunting down his wife and child in the corridors of a hotel (and later, in a labyrinth). Even the film’s opening shot seems to follow a sort of eagle’s eye perspective, rushing through and above forests as it scans for and eventually catches up to an unidentified car (belonging, as we soon find out, to the family). The electronic musical score by Wendy Carlos and Rachel Elkind reinforces this theme for us in a foreboding sequence of notes, repeated in the monotonous cadence of footsteps. It’s an overture that throws us back to other horror and suspense films – Jaws (1975), with the POV underwater shots and its famous John Williams score, comes to mind – but it also has another, subtler dimension.

Artemis is not only the goddess of the hunt; she is, above all else, a goddess of double nature. She first appears to Danny in the form of two twins, as Artemis herself was the twin of Apollo, the two of them born simultaneously of Zeus and Leto. She stands in a yin and yang relation to her brother – the same relation that Nietzsche later formulated by assigning Dionysus as the counterpart to Apollo. But while the Apollo / Dionysus dialectic is an invention of the moderns, the dualism between Apollo and Artemis is far more ancient, and the symbolic dichotomy which it opens up is much more specific and precise. 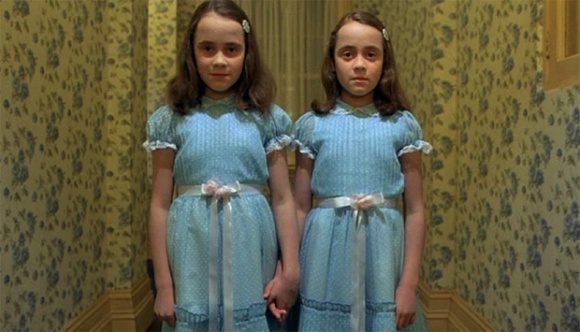 Read the entire article By Andrea Tallarita at Popmatters.