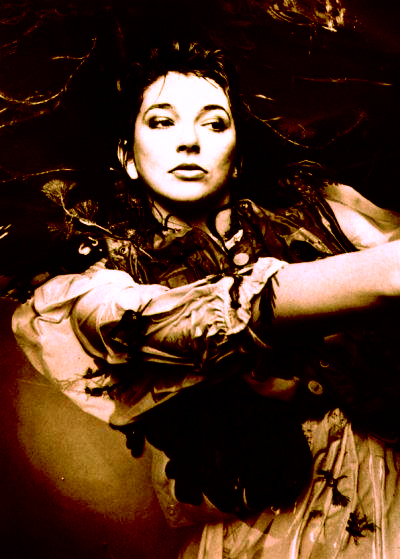 EVEN AS A CHILD, before I had any concept of myself as a writer, or, heaven forbid, an “artist,” I understood the difference between Influence and Inspiration.

INFLUENCE is the shit you can’t choose or control. It’s your parents, your religion, the bully on the bus, the crappy books and comics and anime you devoured as a kid, the song you heard on the radio when you realized she doesn’t like you as the heavens opened up and a thunderstorm informed you exactly how small you are—these are influences you can’t control. Go ahead. Try it. Pick up that guitar, that stylus, that pen or pencil or keyboard: it doesn’t matter. Some of them are loved and some are hated, but you can’t escape them, your influences dictate every path you might choose in trying to craft and create “art.”

And it is the creation of “art” that this little essay is concerned with.

Because INSPIRATION is a completely different dimension; at least, it is to me. When a piece of art or writing or music “inspires” me, I’m pretty much in awe. I feel dazzled and humbled. I don’t want to try to copy or imitate it. Because it’s holy. Yes, I’m an atheist. Yet when I’m blown away by an incredible work of art, I have to resist the urge to cross myself. [See: Influences.] Then I am immediately strengthened and “inspired.” I think, A human being made this, a human being went THIS FAR.

And it makes me want to go that far, too. I want to run up that hill and make a deal with God. And tell him/her who’s who and what’s what.

Which is all about Kate Bush’s The Hounds of Love / The Ninth Wave.

They are essentially two albums. One disc, two albums. Side One, “The Hounds of Love” is a series of very clever and well-produced mid 80s pop songs. But Side Two, “The Ninth Wave,” my god…

As far as purveyors of dreams go, Jung, Freud, and David Lynch should all kneel at Kate Bush’s feet.

Throughout my very gloomy 20s, I listened to “The Ninth Wave” endlessly. It is a sequence of music and words and sounds that evoke a single night’s dreaming, a lifetime, a century, a history of a people, a psychic ache so intense and blazingly original that it should be put on the same shelf as The Beatles and Beethoven.

I didn’t want to copy or steal anything from “The Ninth Wave.” It always left me with the feeling, “Wow. Human beings can be astonishing.” And I wanted to be astonishing, too.

So here’s to Kate. Thanks for reminding me.