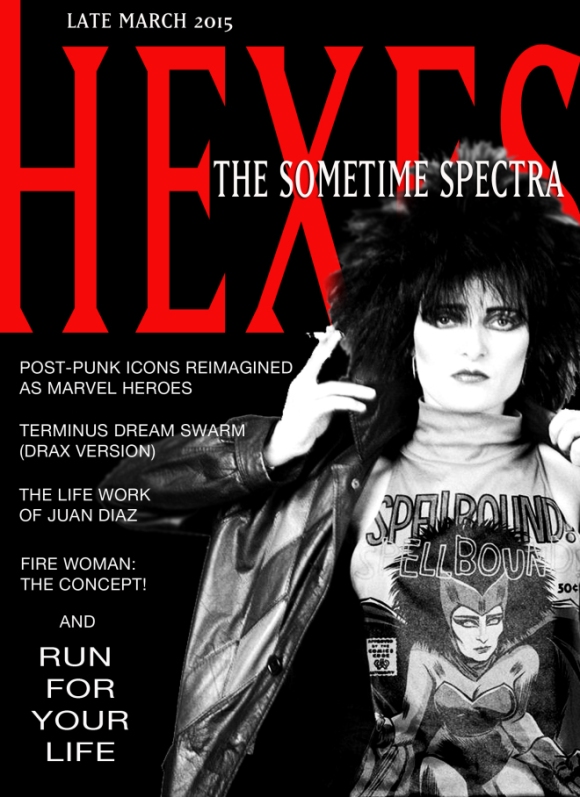 Brazilian Artist Butcher Billy has reimagined a number of post-punk and new-wave icons as Marvel superheroes (he did DC earlier), and the results, a few of which are below, are perfect. Siouxsie Sioux turns into the Scarlet Witch, Mark Mothersbaugh becomes Iron Man, and John Lydon (a.k.a. Johnny Rotten) turns into a scowling, bird flipping Wolverine. While it’s interesting to think about how these icons’ personalities would mesh with each superhero, it’s also interesting to think about how much better or worse each of these musicians would be at being superheroes than their fictional counterparts. Would Billy Idol-Thor even be worthy of carrying Mjolnir? Does Spider-Ian Curtis have the wherewithal to keep dealing with the Green Goblin day in, day out? Is Hulk-Morrisey somehow more mopey than Bruce Banner? Knowing how insane comic book…

“There is still time, Sister.”