I just added these flicks to my watchlist! Just now! Let’s see, we have: SEVEN (7) absolute comforts that can be played anytime (or be listened to, say, at The Lab) and they are Highlander, both Nosferati, Busan, Trilogy, Night, and The Church; ONE (1) Film from the 80s with a serious rep that I never bothered to see, Gods; ONE (1) that deserves a no-bullshit, all eyes front rewatch, Inception; TWO (2) stone-cold strangers that, uh, yeah sure, we’ll give them an optimistic watch! And they are Agora (maybe Rachel Weisz, as an Egyptian Princess under cruel Roman Occupation, has a really big strange cat, and Stonehearst Asylum because what the Hell, we like Kate Beckinsale. No really. And it is an asylum story! Which brings us to…

So, let’s see. It’s on the SHOUT! label. Doesn’t SHOUT! cull its shit from various catalogues? So there’s a chance, unlikely, but still a very remote chance, that out of all the recuts and edits and its goddamn various incarnations as TWINKLE TWINKLE KILLER KANE, that somehow this could be a copy of the original cut.

Highly unlikely. Last we read anything on the matter, it was largely accepted that the original cut is gone forever. Thank you Mister Blatty.

Which is really too damn bad, Joe. Because I saw this movie on its original release—on a night like tonight, rain and wind, except it was day, and I was fifteen, skipping school, and my weird older sister drove us to New Hampshire in a town by the ocean, and seeing 9th was one of the greatest film experiences of my life.

But Joe, but! And this is important! Even if the original cut somehow surfaced, it would not alter the fact that for all its imagination and flair and moood, The 9th Configuration is a pretty weak movie, clumsy, at times embarrassingly inept. Which is so weird, given that super-rich and first time director Blatty had extensive prior exposure to the film industry, such as the Pink Panther movies and his involvement on The Exorcist. Obviously Blatty realized his film was flawed, and hence the endless tinkering and re-tinkering.

So there we are. A beloved imperfect final result, still a comfort. 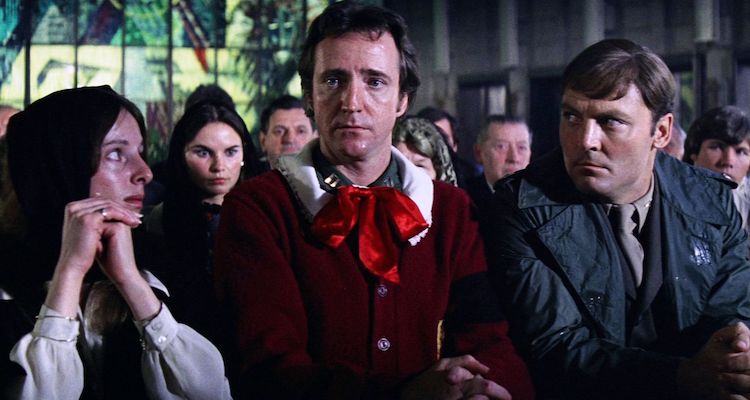 Will report back on the newcomers. We’ll talk again soon, Joe. We’ll keep watching the screens! 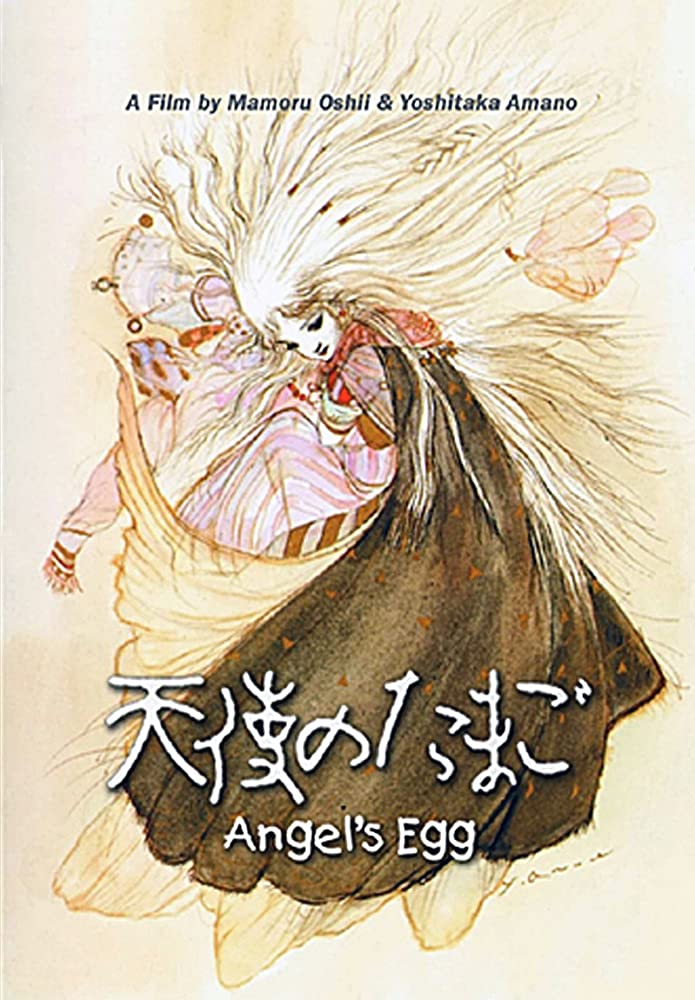 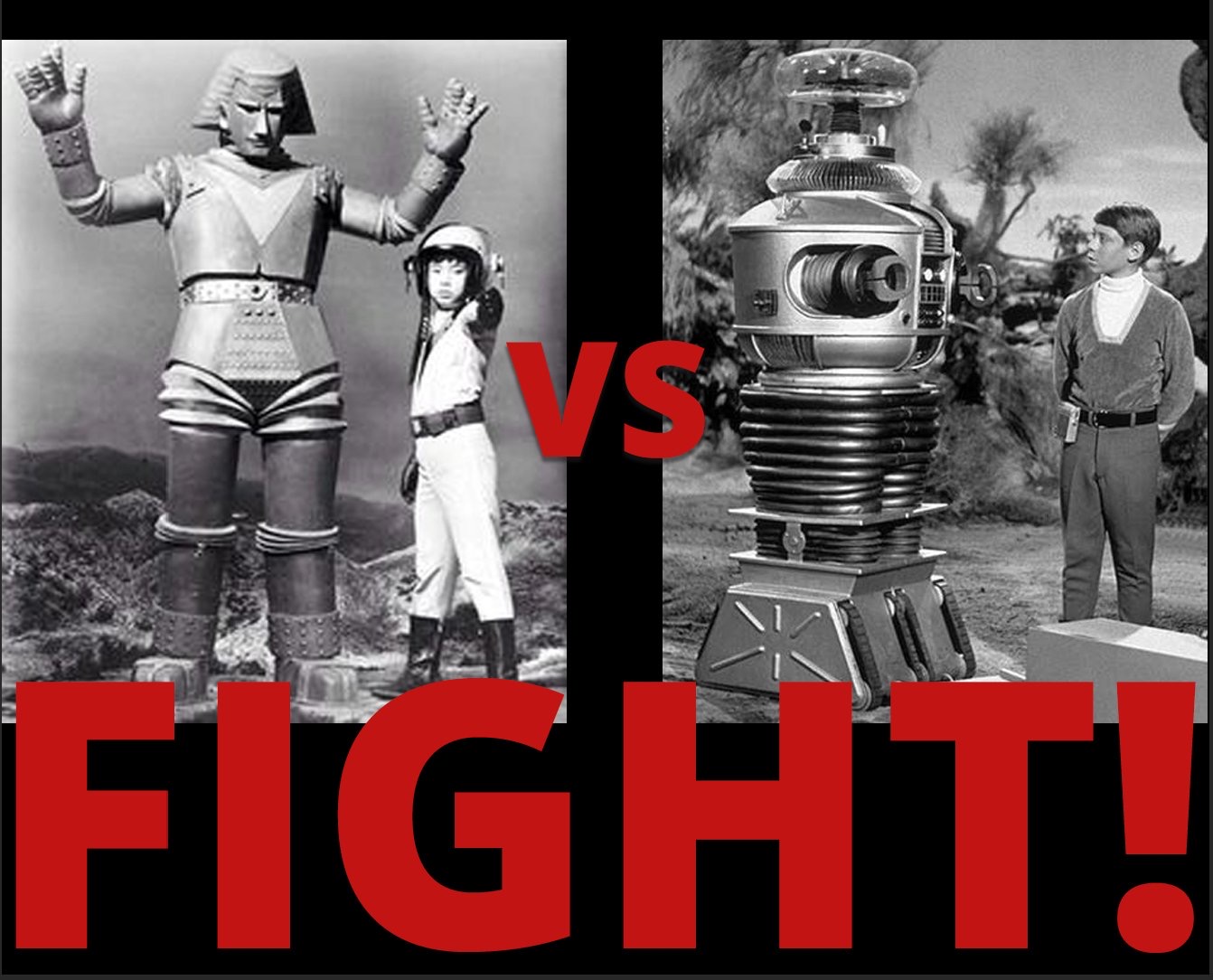 OK, so Disney's going to make a new ROCKETEER movie but I guarantee you it won't have THIS. #DaveStevens #Rocketeer pic.twitter.com/TeiwD1K1EU

Okay. A new ROCKETEER movie. Fine. As a rabid fan of the original comic, I was only mildly disappointed by the first ROCKETEER movie many, many moons ago. But Disney’s plans for a new film include to feature “a young African American woman in the years following World War II” in the lead role.

That really warps what THE ROCKETEER was about.

It’s not about race or gender. When they made Marvel’s Nick Fury black (first in THE ULTIMATES, and then in the movies), half of my friends were beside themselves. I couldn’t give a shit. “Who cares what color his skin is,” I told them, “that’s still Nick Fury.” And the new GHOSTBUSTERS, with its all female crew? I could not give half a shit. But this plan for the new ROCKETEER movie?

It just warps it too far, man.

THE ROCKETEER was about a geeky insecure guy who could not find a job and was in love/lust with a Bettie Page lookalike (who was a model, ha ha!). He gets a crappy fucking jetpack and tries to fight crime, and that’s it.

If you want to make a movie about an alluring young African American woman who straps on a jetpack and has adventures, THEN GIVE HER A STORY SHE OWNS, dammit. Make up a new title. Make a new story. JET GIRL! Give her a backstory. We need new dreams, new stories. Do not be lazy. Do not appropriate. Make something NEW. I’d watch JET GIRL, fuck yeah. But stop raping the fucking past, man. Leave my beloved shit be.

Five thousand, eight hundred and forty days after leaving Earth orbit, everybody on Moonbase Alpha must be dead. 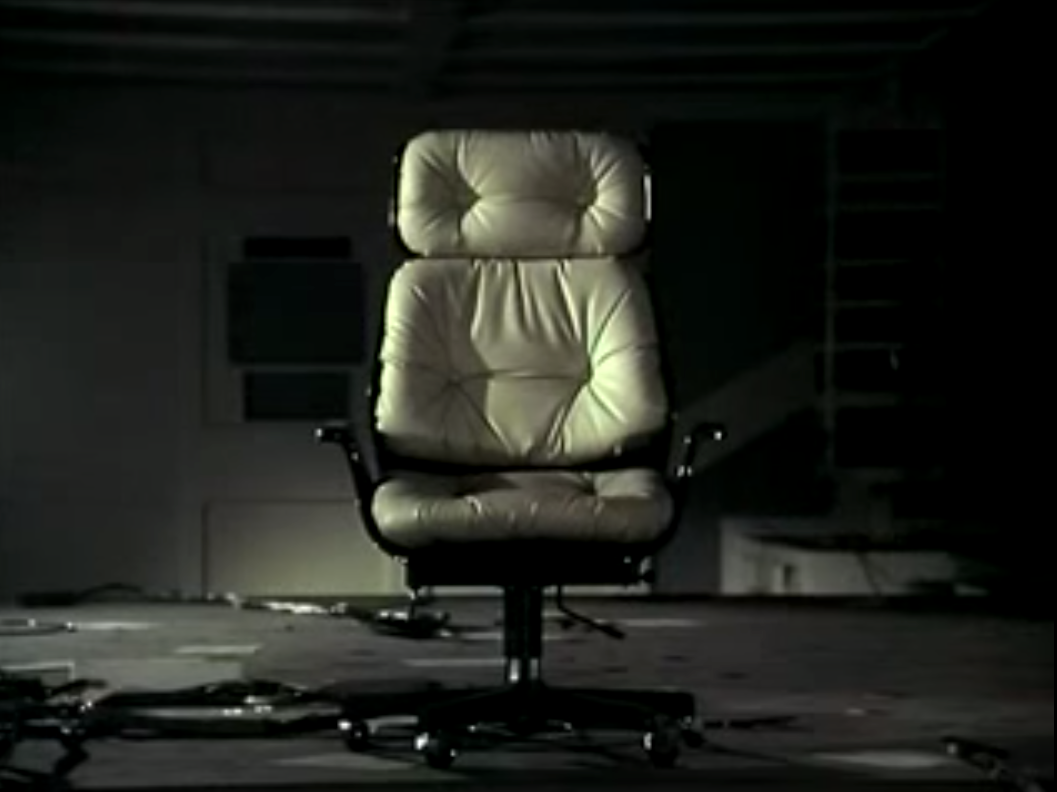 Yeah, everybody on Alpha must be dead…

This band, one of my most beloved of the long lost 80’s, effectively died for me w/ 1990’s Reverberation which featured a shitty replacement singer and hooks lifted straight from The Stone Roses, the reigning alt guitar gods of the day. So when the reunited Echo released Evergreen in 1997, I flat-out ignored it, despite the avalanche of praise the album received. No, strike that “despite;” I ignored Evergreen because of the praise which i took for mere corporate-funded hype. I was (and remain) a cynical prick. So I ignored all the subsequent releases as well, all five of them, all the way up to Meteorites (2014). Which strikes me as odd, writing this now. Cynical as I am, I have never been so steadfastly incurious about a band or writer or artist or filmmaker who once gave me pleasure. And man, I loved Echo’s first four albums so much, and maybe that was my problem. Those first four albums were the incessant soundtrack for a very potent period of my life, two C90 BSAF cassette dupes that were always in my car or in my stereo’s deck and played endlessly at 11 while I nursed a broken heart and endured Earth-shattering disappointments and shit like that. Yeah, this is something we can all relate to: one really can love something or someone too much. Duh.

Anyway, Echo came up in casual conversation the other day at The Creep’s new dayjob, and in the course of the chat a deep embarrassment fell over me like a lead-weighted net: one of my favorite bands, huh, yet I had willfully thumbed my nose at their last six albums? My poor widdle heart had healed a long time ago, I was a big boy now. I resolved to give the “new” Echo albums a spin.

I was pleasantly shocked.

The material felt familiar, yet new! That special, original and unique spark was still there! (Yes I’m making fun of myself.) Bottom line: the music was good. Very good. A certain band couldn’t hurt me. “That was long ago in another country, and I am a different man. Besides, the bitch is dead.” Chesterton. I think.

In the course of my explorations youtube kindly shoved this live performance from 2009 down my throat, and I said “Thank you sir may I have another.” This is an enormous concert, recorded right off the sound board so if somebody fucked up it would have been a sonic Nagasaki but amazingly there is not a single misstep, the entire gig is “note perfect.”

Here’s to resiliency, and new beginnings, and healed hearts. Aaw. 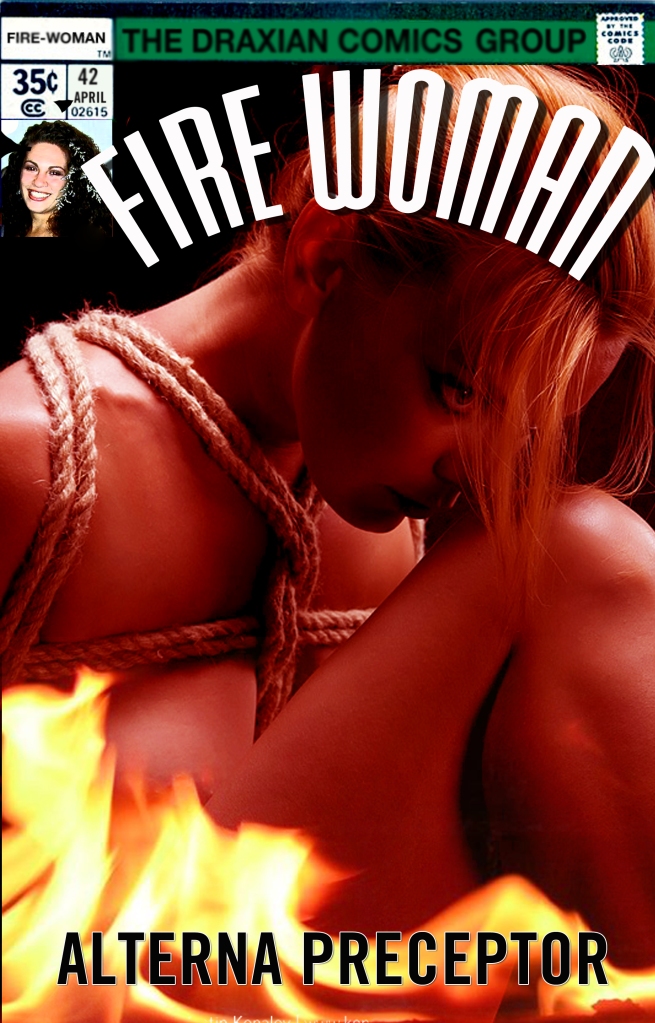 Morris always left an unconventional stamp on even the smallest, and seemingly conventional, roles. Small and rotund, with gleaming eyes, and occasionally wearing round spectacles, he could convey obsessions and monstrosity at odds with his corporeality. His visual characteristics included a wide smile, which displayed a prominent upper row of teeth, and a sly, sideways glance. With his distinctive, precise speech pattern, he could draw out vowel sounds amusingly, or unnervingly. — The Guardian

Yes, Aubrey Morris (1926—2015) played so many excellent little and unforgettable roles: the crazy grave digger in Wicker Man, Mister Deltoid in Clockwork and hundreds of others. But I must admit that my flat out favorite crazy character he came up with is none other than… 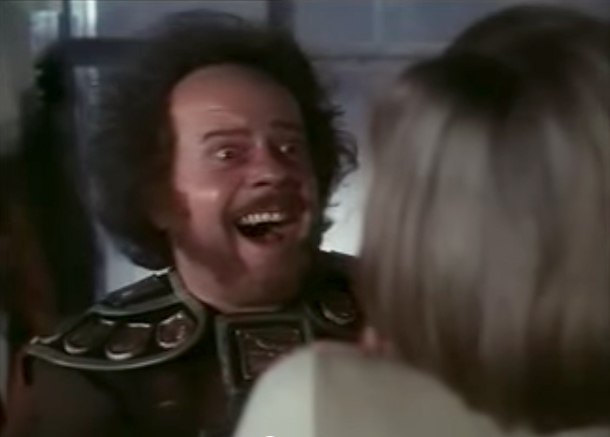 PETROS, HIGH PRIEST OF THE SURVIVORS OF LEVEL 7!

In the 1975 episode of SPACE: 1999, Mission of the Darians, Morris is an eerie judge and executioner of radiation scarred mutants on a massive 900 year old ruined space ark, and man, he’s creepy, especially when he screams…

The poor “mutant” is locked into a disintegration chamber that glows hellishly white with a high pitched mechanized scream. And as the unfortunate mutant’s flesh melts away, Morris looks on, calm and serene.

Brrrr. It’s a standout episode all on its own, made that much greater by the unforgettable inclusion of Aubrey Morris, who will be missed and remembered by many fans across the planet tonight. Yes, Morris gave us so many memorable characters. But this one’s my favorite. 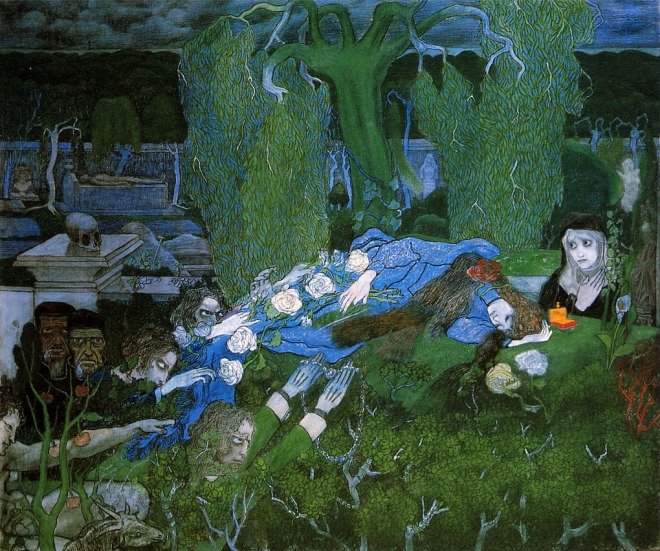 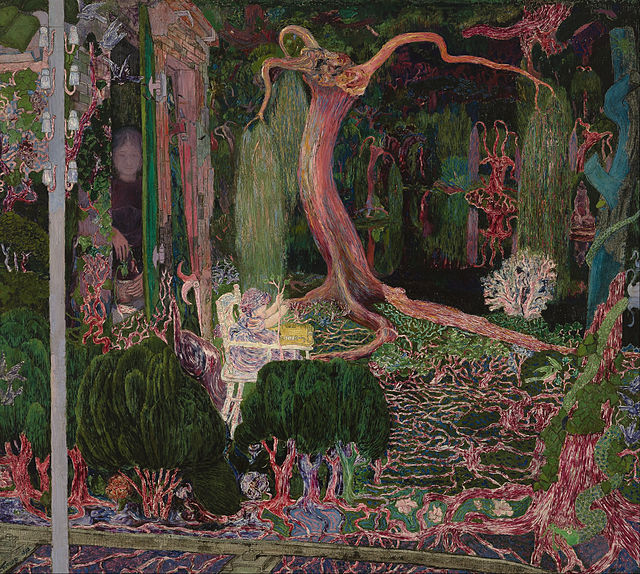 Johannes Theodorus Toorop was born on 20 December 1858 in Purworejo on the island of Java in the Dutch East Indies (present-day Indonesia).[1] His father was Christoffel Theodorus Toorop, a civil servant, and his mother was Maria Magdalena Cooke.[2] He was the third of five children and lived on the island of Bangka near Sumatra until he was nine years old.[3] He was then sent to school in Batavia on Java.[3]

In 1869 he left Indonesia for the Netherlands, where he studied in Delft and Amsterdam. In 1880 he became a student at the Rijksakademie in Amsterdam. From 1882 to 1886 he lived in Brussels where he joined Les XX (Les Vingts), a group of artists centred on James Ensor. Toorop worked in various styles during these years, such as Realism,Impressionism Neo-Impressionism and Post-Impressionism.

After his marriage to an Annie Hall, a British woman, in 1886, Toorop alternated his time between The Hague, England and Brussels, and after 1890 also the Dutch seaside town of Katwijk aan Zee. During this period he developed his unique Symbolist style, with dynamic, unpredictable lines based on Javanese motifs, highly stylised willowy figures, and curvilinear designs

In the late 19th century (in 1897) Toorop lived for 20 years in a small house on the market in the seaside town Domburg, Walcheren, Zeeland. He worked with a group of fellow artists, including Marinus Zwart and Piet Mondrian. There was no joint endeavor or common style among them. Each followed his individual personality, but they sought their inspiration in “the Zeeland Light”, in the dunes, forests, beaches and the characteristic Zeeland population. Toorop was the center of this group.

Thereafter he turned to Art Nouveau styles, in which a similar play of lines is used for decorative purposes, without any apparent symbolic meaning. In 1905, he converted to Catholicism and began producing religious works. He also created book illustrations, posters, and stained glass designs.

Throughout his life Toorop also produced portraits, in sketch format and as paintings, which range in style from highly realistic to impressionistic. 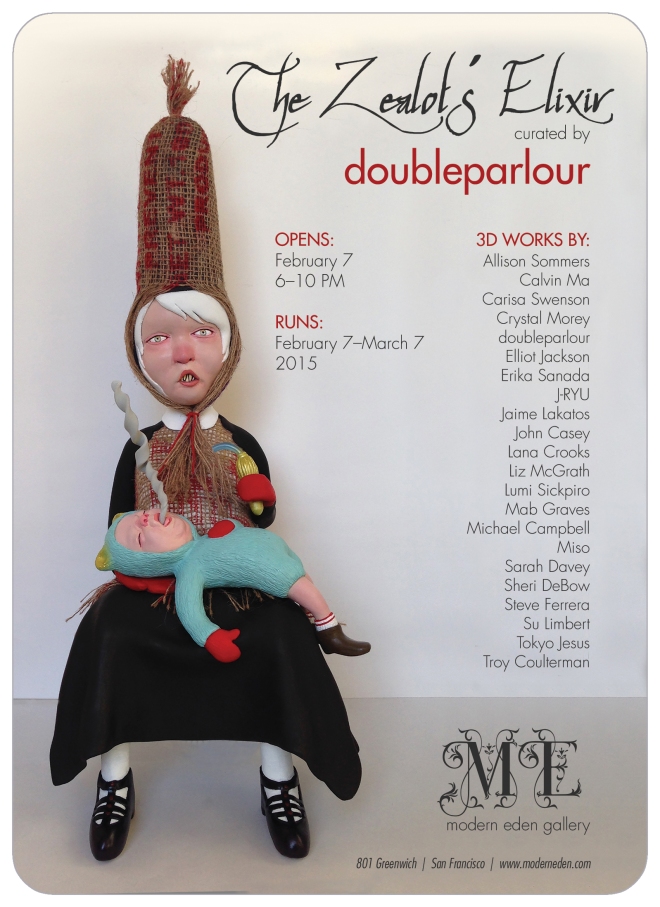 Now showing through March 7 at Modern Eden Gallery, “The Zealot’s Elixir”….a show focusing on snake oil salesmen, false prophets and hope for the lost. My piece, “Shining Apples” (inspired by the song of the same name on the “Tales from the Black Meadow” album by The Soulless Party) is on display with a collection of amazing works. To view the exhibition online check it out here!

A few photos of my contribution to the show. 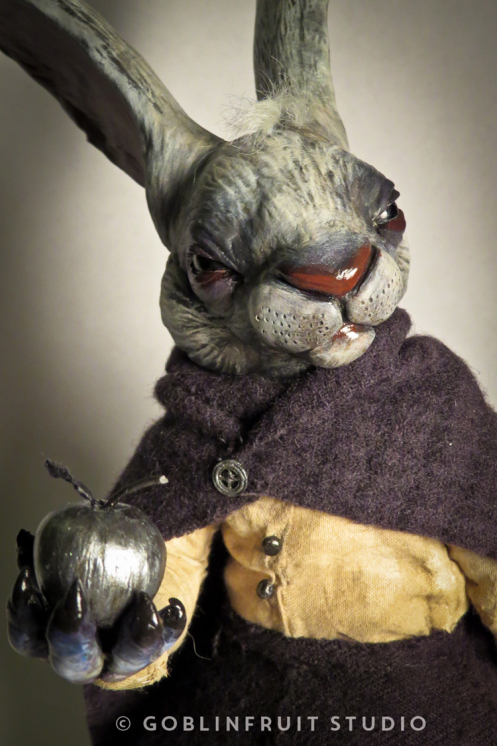