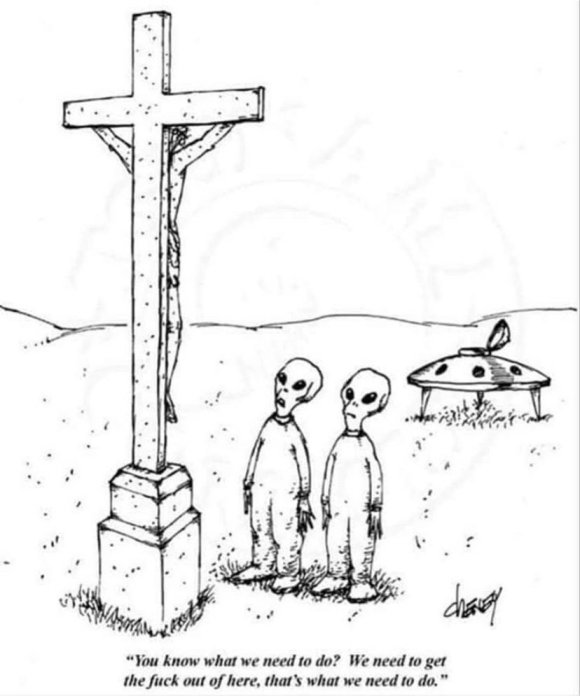 Sorry for the spotty service. Just busy, and tired/lazy upon return from the day job. Growing old ain’t for wimps!

Some recent video picks. First, and to be filed under “Films I knew About But Never Actually Saw,” the few that rated our very effusive thumbs up…

Kronos was great fun, an early 70s pop occult masterpiece. One of the last gasps of Hammer. Yes it’s goofy but not obnoxiously so. Also, CAROLINE MUNRO. Highly recommended. 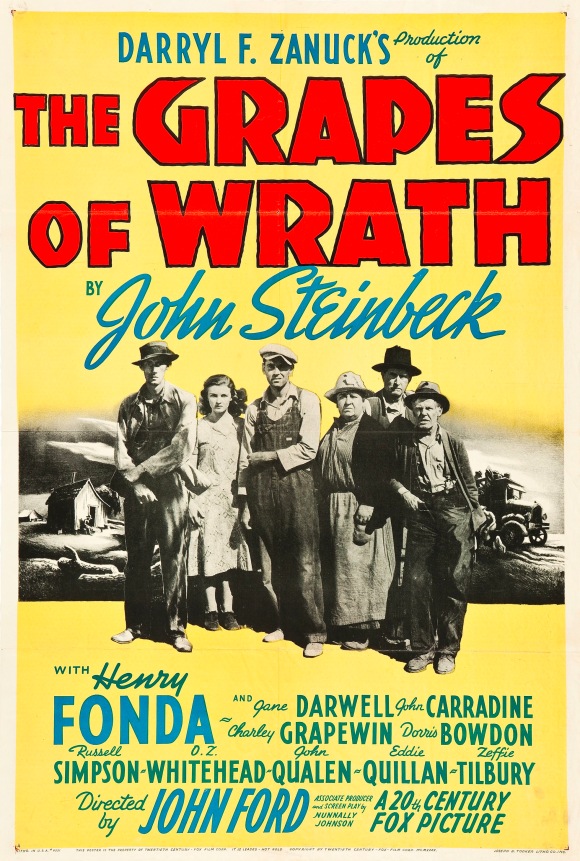 Our education of John Ford continues. What an incredible film experience, and we watched it on our damn iPhone, my god. Yes we were surprised by the tacked-on rah-rah bit at the end, which comes close to crippling an otherwise flawless movie, but fuck it, it was 1940, people needed that shit. Ma Toad’s speech at the end isn’t one of consolation, certainly not self-congratulation, but a goddamn cry to battle, to keep on. Anyway. Thumbs up.

Some not so wonderful films, which we simply didn’t like or turned off include Barbarella, Frankenstein and the Creature from Hell, Count Dracula, um, others.

We really don’t know what to think about HUNTERS. 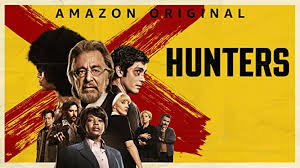 Is it supposed to be funny and cool yet taken seriously? It’s failing on all three injectors. We will give it one more shot (ep3), but HUNTERS is on thin ice. Just like all of us! 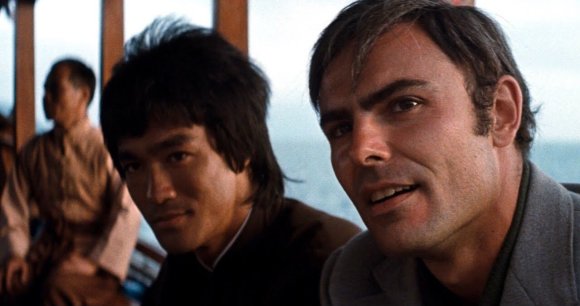 Somebody beat us to it, and we’re paraphrasing, “Saxon’s eyebrows were often the best thing in many bad movies.” Thinking of lost friends today.

All for now. Be good, stay safe.

Sure, holed-up as we are during these plague weeks, there is the understandable urge to pleasure-binge beloved favorites. Color me guilty! I spun through the entire first season of Space:1999. Also watched Bride of Frankenstein, The Exorcist, The Omega Man (heh), a few others. But my current available library and online resources are actually quite limited; a lot stuff remains in storage, and I don’t have access to streaming services like Netflix. If I want to watch TV, I do so on my phone which supplies me with a  fistful of basic-cable channels. Ah, the sordid pleasures of ID! But while my conscience might not be troubled by the often repellent nature of the material, the frequency of the commercials annihilate what’s left of my grey matter. So, thank Satan for TCM, man. All movies, all the time, no commercials.

But like everybody else, I have my prejudices. I would not describe myself as an effusive fan of dance-driven musicals, westerns, romantic comedies; there’s no love lost for films featuring Elvis Presley, Dean Martin, Steve McQueen, John Wayne. And there are an abundance of such films in regular rotation on TCM, movies that reek of “americana” and “grand old Hollywood,” and worse.

Boredom can work wonders, however, and force one to at least explore if not embrace heretofore undesirable genres. Take westerns, for example. Despite being blown away by Once Upon a Time in the West and certain films by Clint Eastwood, I still have a knee-jerk negative reaction when presented with the opportunity to scope flicks of the ‘ole dusty West. So I was fairly amazed the other night when, out of sheer desperation, I settled down to watch John Ford’s My Darling Clementine.

And I was damn glad I did, because it was awesome. No shit.

John Ford takes on the legend of the O.K. Corral shoot-out in this multilayered, exceptionally well-constructed western, one of the director’s very best films. Henry Fonda cuts an iconic figure as Wyatt Earp, the sturdy lawman who sets about the task of shaping up the disorderly Arizona town of Tombstone, and Victor Mature gives the performance of his career as the boozy, tubercular gambler and gunman Doc Holliday. Though initially at cross-purposes, the pair ultimately team up to confront the violent Clanton gang. Affecting and stunningly photographed, My Darling Clementine is a story of the triumph of civilization over the Wild West from American cinema’s consummate mythmaker. — Cribbed from the Criterion site

It was indeed stunningly photographed in glorious black and white, and Fonda and Mature were so good in their respective roles. I am so grateful that I managed to defeat my inner snob and surprisingly embraced this wonderful film.

So maybe westerns aren’t THAT much of a stretch: good guys, bad guys, etc. Ah, but how about the 1950s era dance-driven musical a-burstin’ in technicolor? UghghGhng, the inner snob immediately responds. But wait, says the new voice of temperance, There are several musicals you adore: The Wizard of Oz, Hair, Camelot, Rocky Horror, Jesus Christ Superstar. Hell’s Bells, Jesus Christ Superstar is one of my favorite things, period. So… give one of those big garish musicals a try!

Gah. The poster alone makes me want run screaming. Look at that type-treatment! I watched it though, start to finish. I didn’t love it, but I didn’t h-h-h-HATE it, either. It was charming enough, in its own way. Even an uptight fuckwad like me had to to be grudgingly impressed by Gene Kelly tap-dancing in roller skates. Though it’s safe to say I remain untempted to seek out other such garish feel-good spectacles.

Earlier I said that my physical AV library was at the moment quite limited; it’s true. But I had one disc on hand that I had never watched.

There’s a bodega in New London that sells absolutely top-notch high-quality bootlegs. Alas, the copy I purchased of The Rise of Skywalker was not of that caliber. It was shot directly off-screen, with the subsequent audio and video impairment; plus there were super-imposed ads for gambling websites in several languages. When first purchased, I watched the first five minutes then quietly, firmly said “No.”

Flash forward to the Plague Weeks. I gave the bootleg copy another shot. Yes, the defects were detrimental, but not lethal. After all, in the 80s I was very grateful for my very low-grade anime bootlegs. And I’m happy to report that the strength of Skywalker as a film far outshines the video clutter; I was happily surprised by how good it was. Easily the strongest of the last three entries. The Rise of Skywalker is far from perfect, a little too heavy on the sentimentality and nostalgia, but that’s to be expected. It’s a Star Wars movie, for goodness sake.

So what have you been watching during these lonely weeks in isolation? At any rate, stay safe, stay sane.

Edited to add: What a dope. I initially identified the Star Wars film in question as The Force Awakens, when I meant to say The Rise of Skywalker!

The Creep in the Art Department is currently tweaking it. We’ll see.

The Inspiration/Direction given was WITCHFINDER. Behold this glorious illustration of Vincent Price as Matthew Hopkins by Abel Mvada 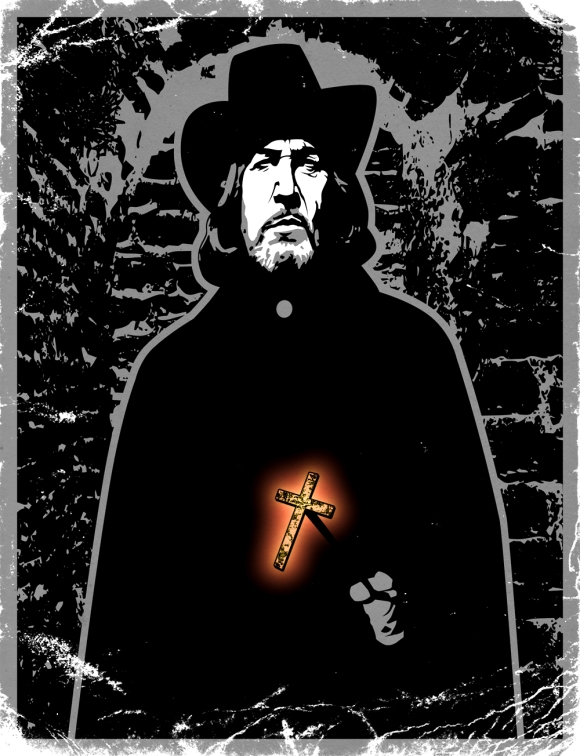 ALBUM OF THE WEEKEND: Resonate​/​Reason Nitrate by Tonepoet & Wings Of An Angel

ANIME OF THE WEEKEND: MARDOCK SCRAMBLE

THE HORROR SHOW DOUBLE FEATURE: THE TAKING OF DEBORAH LOGAN

…which rated a solid B+

…which was (sadly) pedestrian and offered nothing more original and scary than a sub-par made-for-cable snorefest. C- 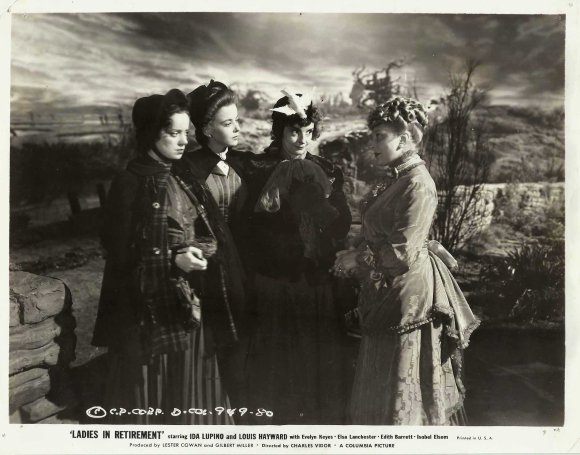 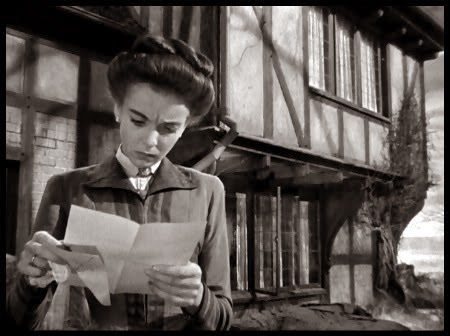 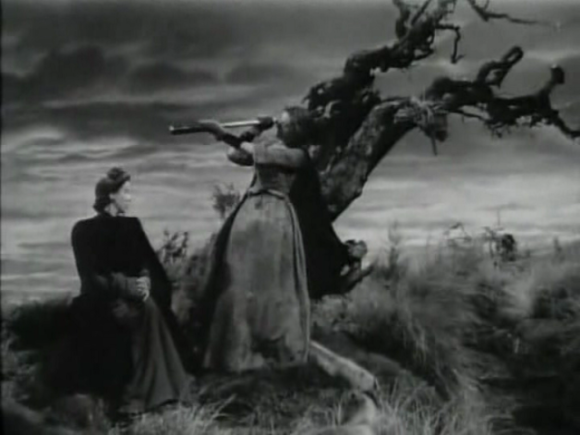 HELLO, this is Drax on the I-radio and we are PAGING @mlleghoul! Holy fucking shit, LADIES IN RETIREMENT (1941) screams your name! It has everything in your soul: Weird Sisters! Insanity! HIGH ANXIETY RE REAL ESTATE AND LIVING CONDITIONS. Gloomy trees and ancient English Cottages and MEN WHO BEHAVE VERY BADLY AND TAKE ADVANTAGE OF DESPERATE WOMEN and death, and murder. It’s all you, honey. 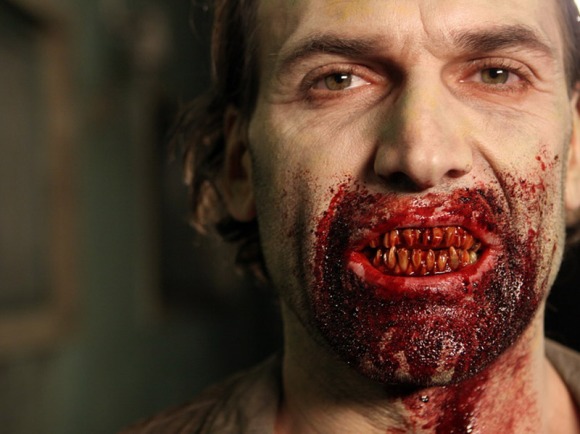 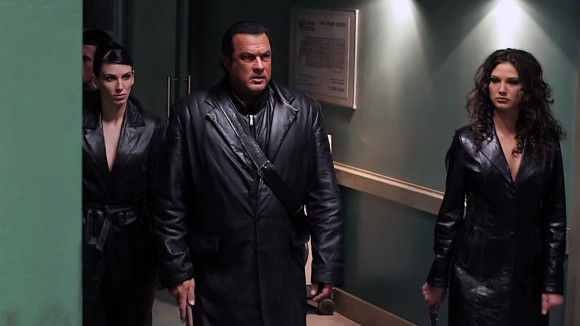 HE LIVES BY THE SWORD. THEY WILL DIE BY IT.

Buzzzzz-ka-ZAMP! Back on the radio and paging @malcoJOJO! Wow, surely one of  Seagal’s lowest moments but a surprisingly entertaining romp and chase and chew through a vampire-infested hospital! Seagal and his black-clad vampire hit-squad are like a squadron of imperial TIE Fighters from fucking Star Wars: They zoom in! They strike with no mercy! They speak little! They zoom out! Meanwhile, packs of hapless humans trapped in the hospital argue incessantly about WHICH WAY TO GO under constantly flickering buzzing lights, because “The generator will fail any minute!” Science 101 to both third graders and filmmakers: generators don’t work that way. Anyway, Against The Dark offers one or two surprising twists and flashes of originality. Check it out with your kids, a very drunk friend, or the weird lady down the street who’s in dire need of an escape from her grim reality. Do it! 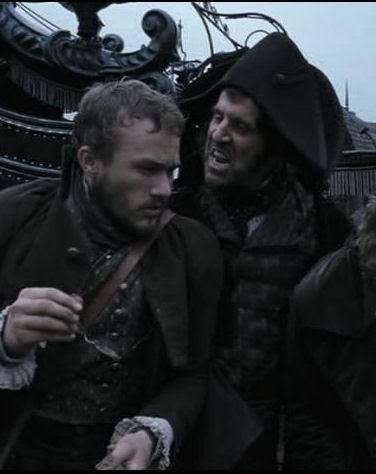 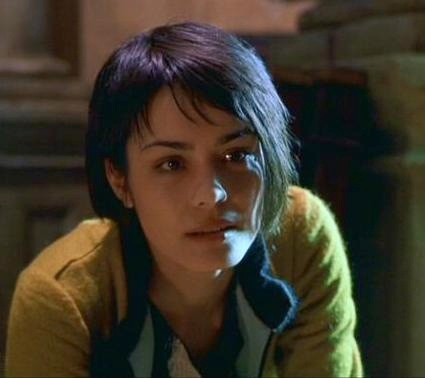 BZZZ-ZAKA-ZAKA-ZOMP! Yes, still on the radio waves and paging @gfstudio and @casketglass! Holy fucking cats on fire, THE ORDER is the hottest of hot messes ever belched from a blender! Kids, BEWARE THE ALLURE OF THE DREAM/PET PROJECT. I’m talking about Battlefield Earth by John Travolta or DOOMTROOPERS by Simon Drax: beware the pet project! It always fails.

Because THE ORDER, written, produced, and directed by Oscar Winner Brian Helgeland is clearly a piece of shit “epic” he carried around in his head for decades. Warrior priests! Evil children! Demons! Sexy ethereal girlfriend! Immortals! SIN EATERS!

There’s nothing sadder than watching/reading/witnessing a piece of “art” that obviously entailed a shitload of blood and sweat and tears but by the final reel, by the last page, it’s just a piece of shit, man.

BBBBZZZZZZZT… and we’re off the air.

God’s Not Dead really moved and inspired me; it actually had me crying at the end, for reasons which involve many elements that this little film attempted to articulate, namely, contradiction.

“Contradiction and complexity are the only things worth writing about.” — me, circa late 90s, again and again.

Rest assured, this film did NOT turn me into a believer. No I don’t believe in Jesus, I don’t believe in god, not before, and not now, far from it. God’s Not Dead is a pop glossy Christian advert about a college student who is a devout believer and enters combative debates with his atheist professor. This fucking film trashes atheists to the point of bigotry; it contains many scenes that strain credulity; it actually concludes with the main characters cheering a Christian pop band with soaring anthemic guitars.

And I loved it.

Because it was the spirit of what the film attempted to communicate: Don’t give up. Don’t hate. Life on Earth is an amazing gift, and we should be whispering thanks with every given breath.

I am an Atheist. And a Humanist. And a Polytheist. And a Pagan. Are these contradictions? Yes. So what? “I am large, I contain multitudes.” — Harlan Ellison

Ayn Rand claimed there were no contradictions in nature. It’s too bad the bitch never understood human nature.

Anyway, this is a good movie. Check it out.

It wasn’t long ago that Neill Blomkamp took to Instagram to post some concept photos of an Alien film he could have been working on and then abandoned. However, it seems the tides have turned in Blomkamp’s favor and, in the past couple of days, news has been rolling in continuously about the South African director directing a fifth installment in the Alien franchise. Not only that, but it seems the rumors are true: Signourney Weaver will be reprising her role as Ripley.

Sky Media was able to get in touch with both Neill Blomkamp and Sigourney Weaver regarding the announcements, and it seems that everything will be moving forward with the idea that Ripley will receive a “proper ending” to her tale. During the talk, Blomkamp hinted to the fact that his film may ignore the continuity of the last two Alien films in the franchise, Alien 3 and Alien: Resurrection.

“I want this film to feel like it is literally the genetic sibling of ‘Alien.’ So it’s ‘Alien,’ ‘Aliens’ and then this movie.”

Some of the concept art also revealed that Corporal Dwayne Hicks (played by Michael Biehn of Terminator fame) will be in Blomkamp’s film, further alluding that he aims to ignore the last two films. 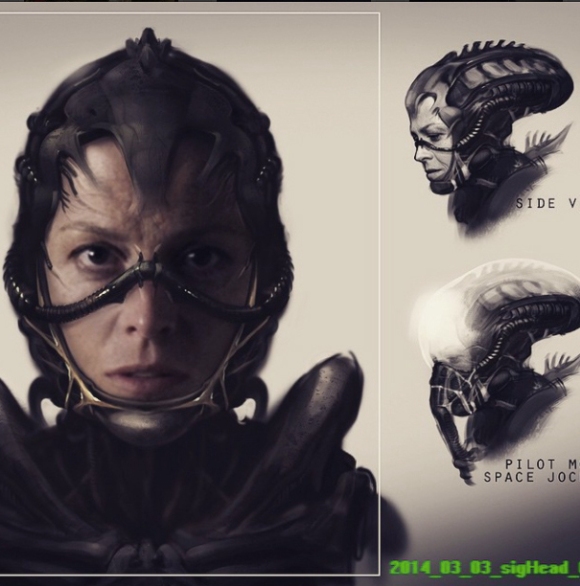 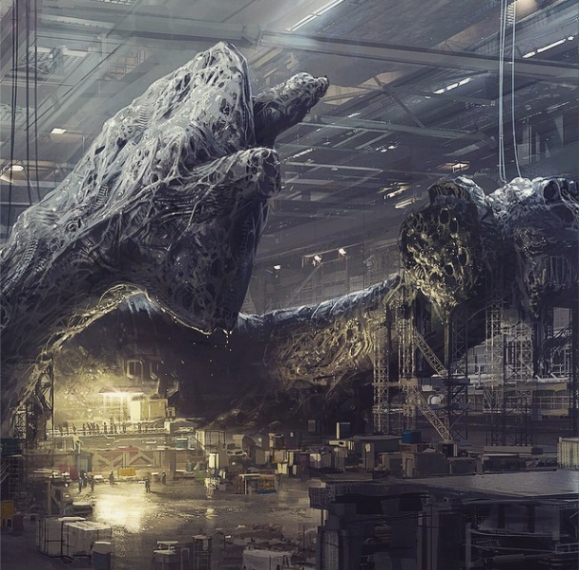 Worth revisiting: Demeter In Outer Space: The Mythic Cycle of Ellen Ripley 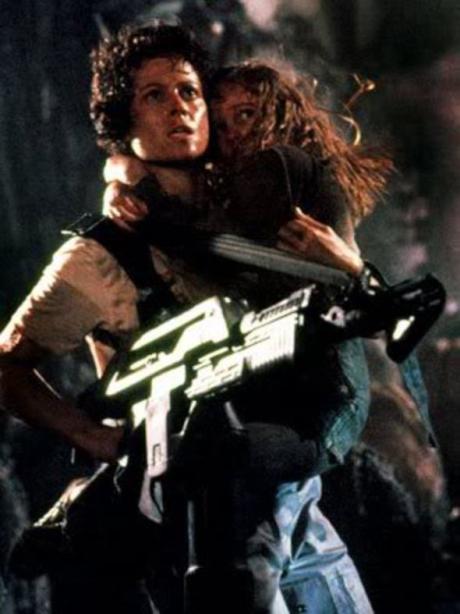